I was only going to post the highlights but as I started to write, I felt that the whole article should be presented even though it is a bit long.

Doubt, disbelief, followed by confusion and denial are the key elements of shock. If doubt, disbelief are denied, and not fully explored and expressed, then confusion further scatters the Mind and the emotions and shock is the result. Shock affects our entire being in ways that we have yet to understand from a non-denial point of view. 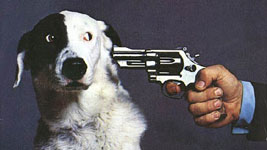 Shock is an effect and is caused in a variety of ways. We usually think of shock as caused by some traumatic experience which is the most obvious, but there are also other more subtle forms of shock that have the same effect as they are also triggered by doubt and disbelief, followed by confusion and denial, that on the surface may not seem traumatic, but are just as effective in damaging the fragile human psyche. For that matter, the actions of unloving (energy) creates the potential for shock in the person, animal, plant or thing on the receiving end of the unloving experience and any person, animal, plant or thing that is subjected to an unloving experience, any form of physical abuse, control or manipulation, when there is either no choice but the surrender of ones free Will to another, the effects are the same.

Physical pain will activate you into shock quicker than any other experience and once pain has been experienced, then just the mere thought of pain is enough to throw a person back into shock. Shock is the effect, denial is the ultimate cause. You know you are in a state of shock or responding to an old imprints, programs and beliefs when you are triggered or activated and you suddenly snap back to conscious awareness with the desire to do one of three things,
1) Fight
2) Run
3) Give up, surrender, give in, compromise, co-operate.

But there is a (4th) alternative to the situation, one that we have been unaware of and that is that we surrender to love, to self-love and allow ourselves to feel and express what we have been denying

When there is doubt, disbelief and confusion and it is not fully explored and expressed and the actions that are creating the doubt, disbelief and confusion are not challenged to the point that that the confusion is cleared up, then Shock enters the picture. What it basically does is that it creates energy signals that misfire the functions of the brain (the Mind) which in turn misfire the emotions and body functions. The Mind is like a deer in headlights and is frozen, numb to the experience until such a point that it suddenly returns to conscious awareness of the situation and then forms some conclusion and then re-acts to the situation, instead of having responded to it with love, by expressing its fears, doubts and disbeliefs when they first surfaced. This situation is far more complex than what I’m presenting here as this is also how and where fragmentation takes place and a host of other issues that all happening simultaneously, and all affected by this original experience.

Now expressing the very first doubts and disbeliefs are where we have the most trouble as we with our Mind… over-ride and suppress our feelings, intuition and emotions and instead, we substitute analytical logic and reason based on old imprints, programs and beliefs. We (our Mind) over-ride our feelings, intuition and emotions it is the unloving energy that is responsible for what is allowed to happen to us in our outside reality and experience. It is when the Mind has negated input from its feelings, intuition and emotions that then create more doubt, disbelief and confusion, as the Mind then tries to scramble to make sense of what is now a barrage of conflicting and mis-information of its own doing, and it literally begins to short-circuit itself and enters into what is called a state of shock.

Once we have been through a traumatic shocking experience our Mind is never the same as certain receptors and neuro-transmitters that input/output information are either damaged or destroyed and parts of it’s memory are also damaged or destroyed. It’s very much like a virus getting into a computer and attacking the hard drive and the programs on it. From now on, the Minds computer has been changed and what was the ego, is now the “altered Ego” and whenever it is triggered by unloving energy that is similar to the original experience it will re-act with an automatic by-pass of it’s feelings, intuition and emotions and as well, it will now re-act with the new imprints, programs and beliefs and the altered programming of the Mind (altered ego) that was a result of the shocking experience. The result is not a true understanding of the experience to the situation, but a false-re-action, based on misinformation and a damaged mind controlling still over-riding the feelings, intuition, emotions and the body and thinking that it is right.

The mind isn’t only affected by the damage it received and the imprints, programs and beliefs that were put in place as a result of the original experience, but it is further damaged with more imprints, programs and beliefs by how it is forced to cope and face future similar situations. These outside influences are created by the parents, siblings, relatives, friends, peers and society. One typical form of this further conditioning is to try to pacify the situation by trying to make the other person forget the experience by replacing it with a “happier” one. This usually takes the form of going out and doing something or buying something that will make it all better or will somehow make it all go away. Or, on the opposite end, there is the punishment routine, where the person is further punished for allowing the original experience to happen. Both these scenarios set in place, more doubt, disbelief, confusion, denial and shock and the so the cycle continues.

Before we can deal with the effects of shock we have to address the unseen role of denial and the role it played with the Mind in suppressing the input of the feelings, intuition and emotions. The Mind fears what it does not understand. This is old imprin6ing and programming and it needs to be gone into…. not to change or heal the old imprints or programs, but rather to allow them to be replaced with another programs. But…and this is important, it is not simply a matter of putting another program in place like with hypnosis or so-called “positive affirmations” or the like. The mind has to feel what it denied feeling and it needs to allow what was denied to be expressed. It has to feel right and be openly accepted by the mind because otherwise, the same old imprints kick in and we are back to square one.

To heal, the Mind has to open itself to change, to the unknown, to the unexpected and even more importantly, it has to open itself to its feelings, intuition and emotions in all ways that it has denied before. This is the start, the beginning, to work on opening the mind, to not only accept, but to allow the expression of these denied aspects of itself. Once the Mind has done that and a level of trust has been established, then you can move to the next level of healing.